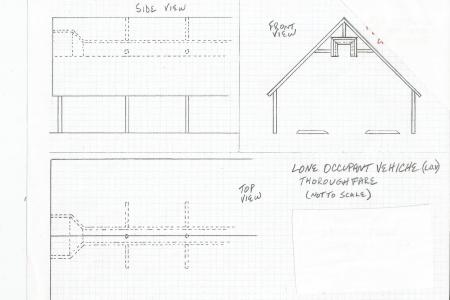 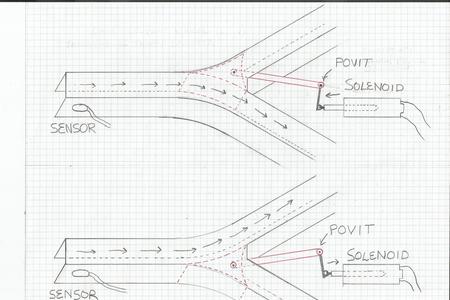 Upon entering the LOV T'fare the operator pulls the lever to raise the steering tongue to engage the overhead trough and engage the bi-control steering gears. 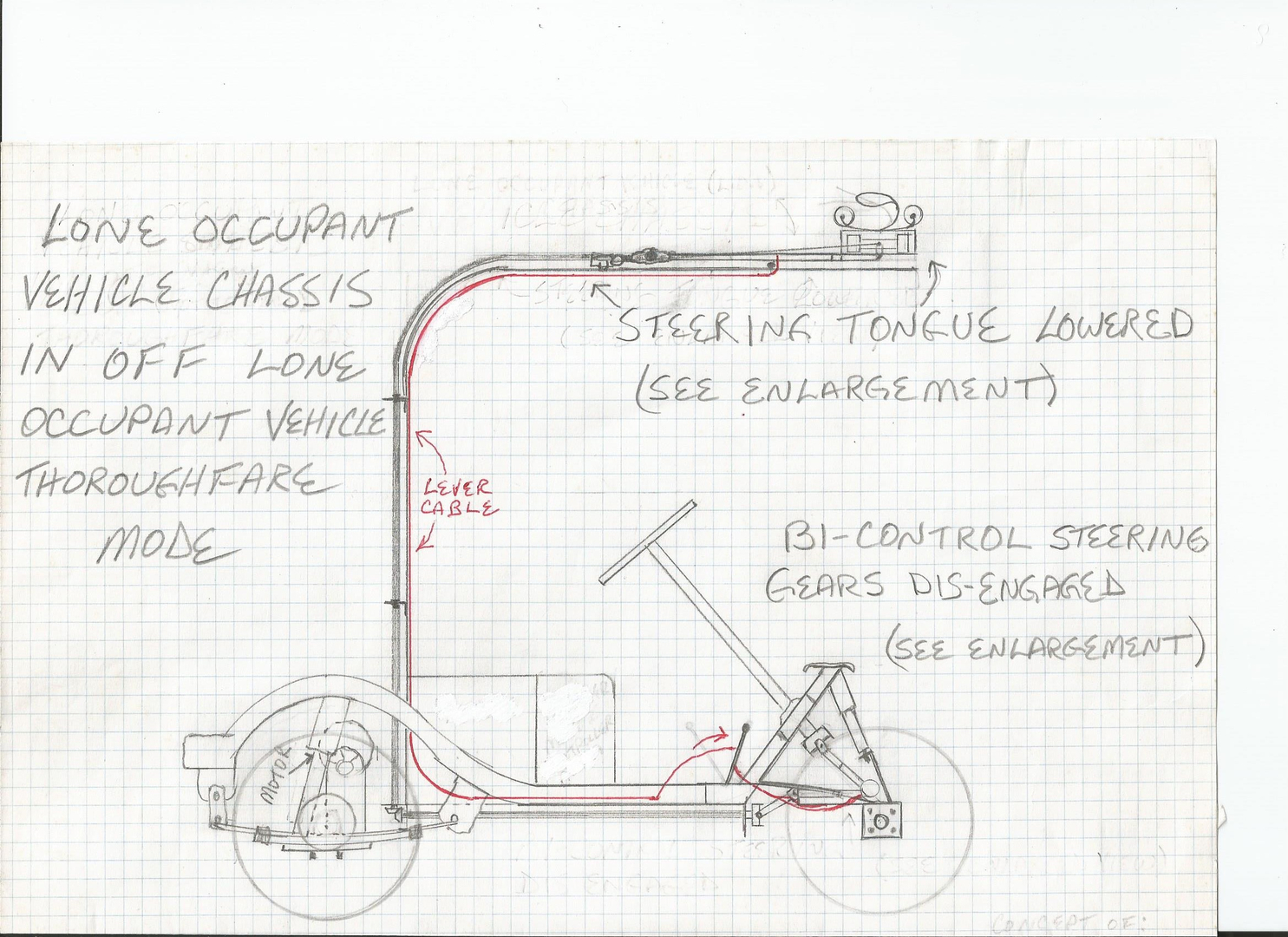 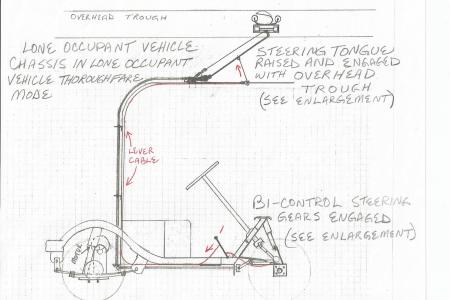 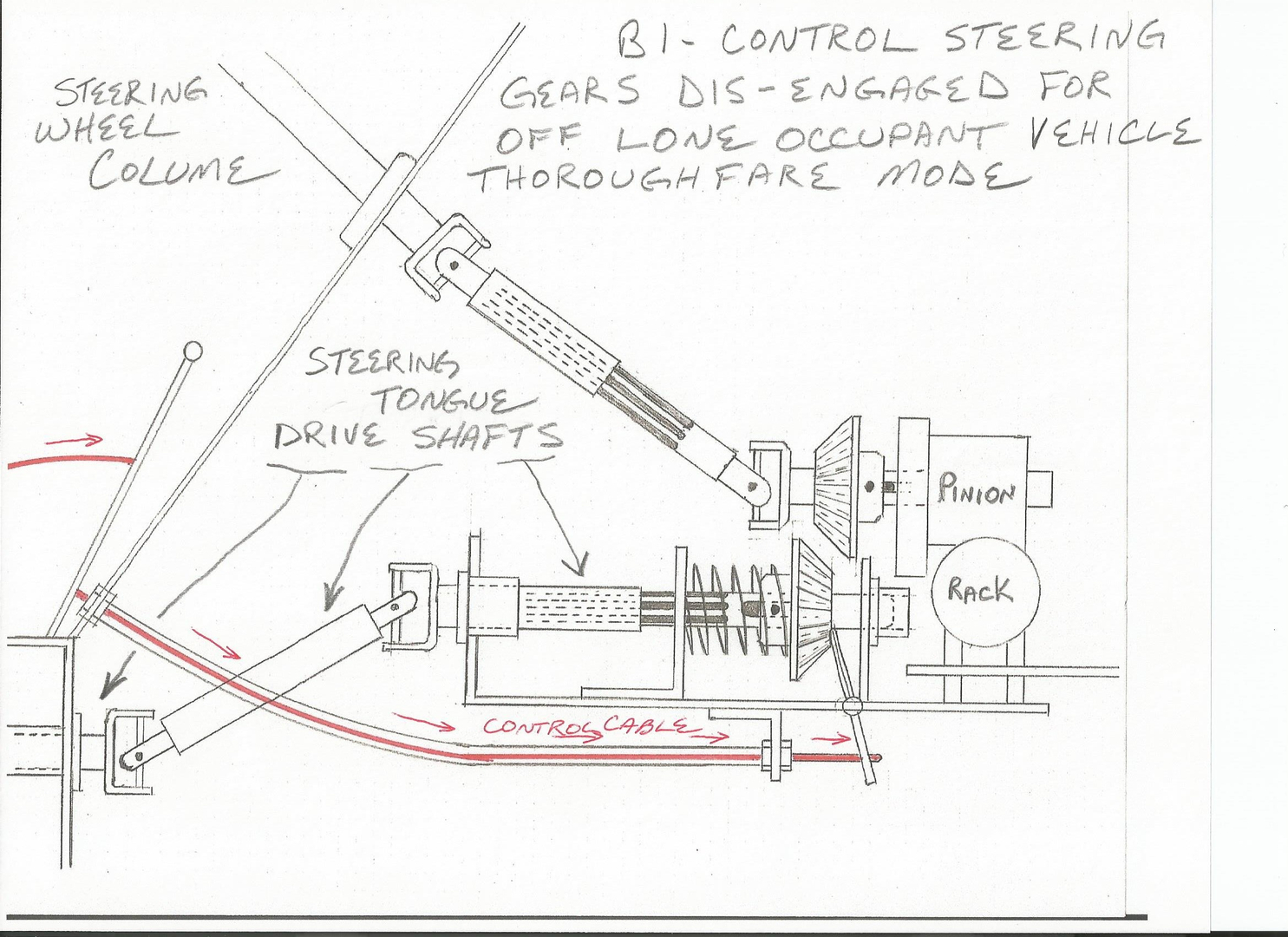 Upon exiting the L.O.V. t'fare lov's will enter a staging area and await a green light to enter local streets.  LOV's will have priority over multi occupant and commercial vehicles to keep the flow of traffic on lov t'fares. 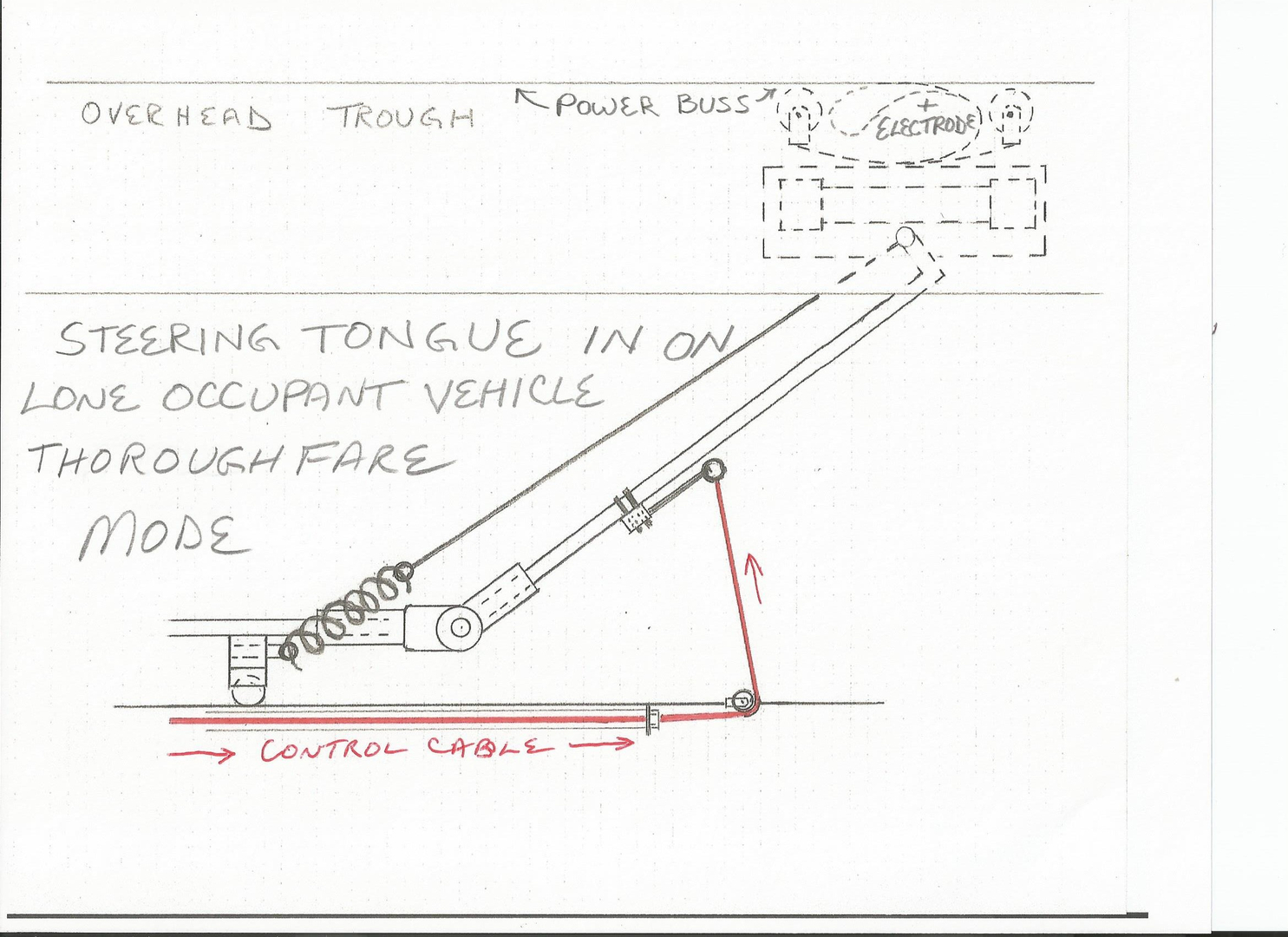 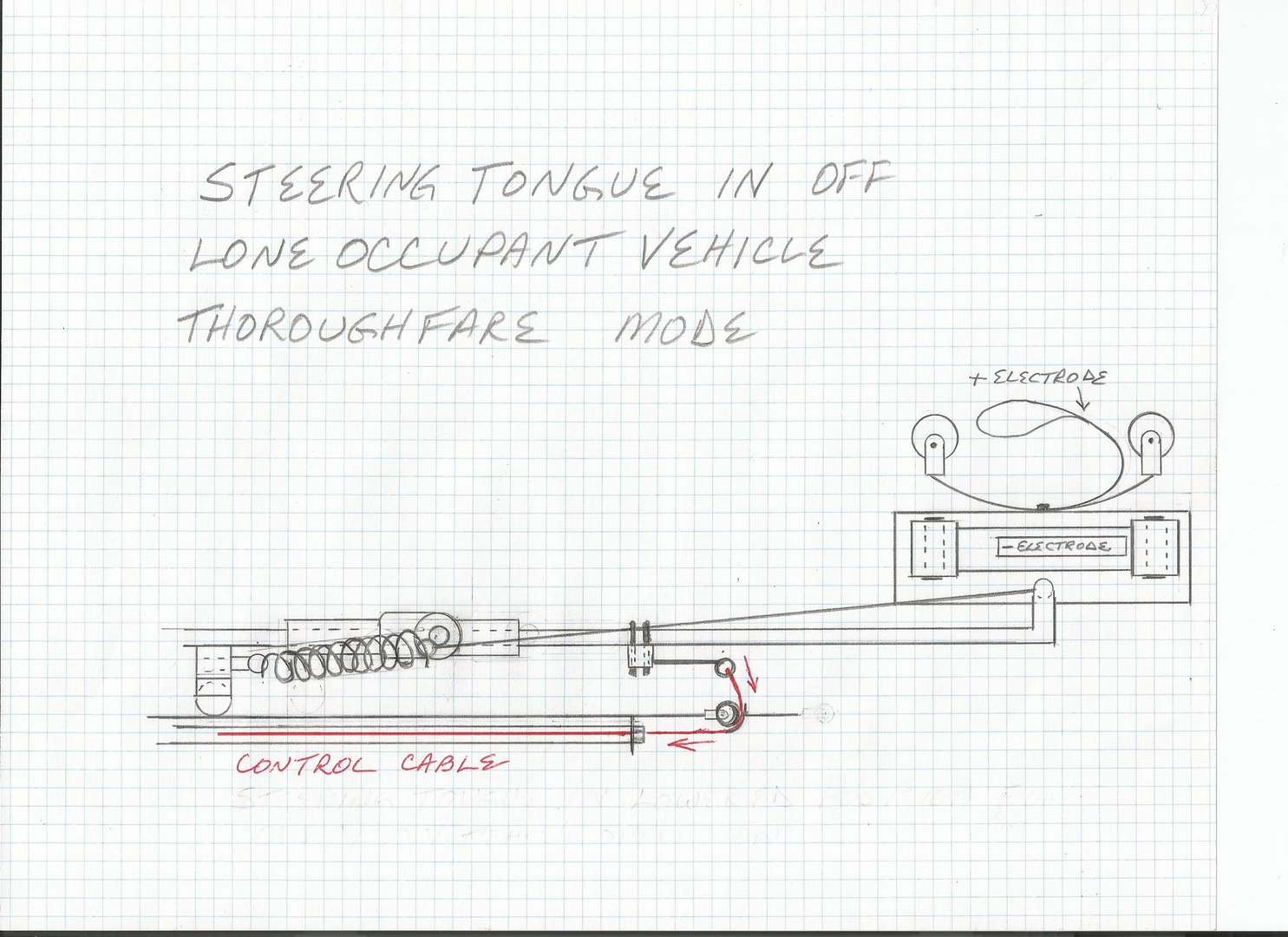 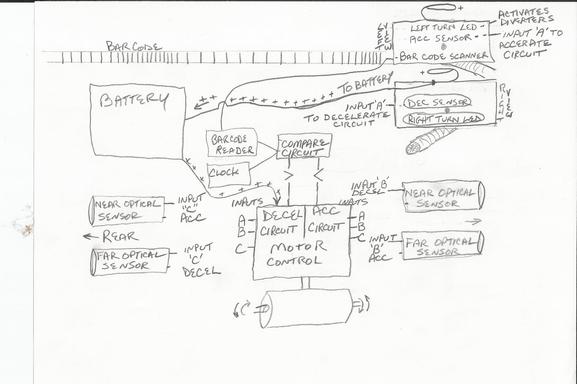 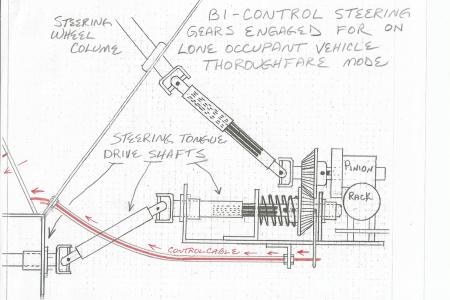 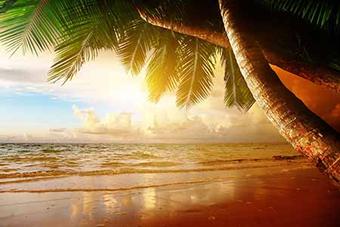 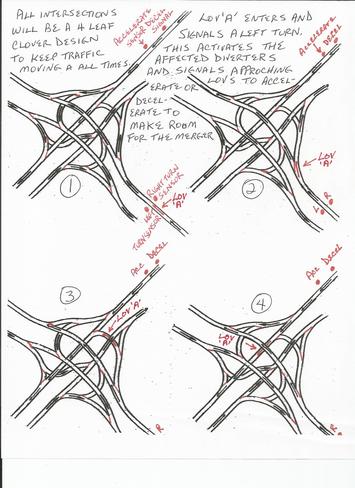 The steering tongue electrode contacts the voltage buss on the under side of the overhead trough to supply power to run the electric motor and recharge the battery.  The steering tongue guides the LOV on the LOV T'fare similar to a wagon being pulled by a toddler.  A bar code on the trough is read by the steering tongue to control the speed of the motor in a servo relationship.  Optical sensors on the front of the LOV maintains the distances between adjacent vehicles to a prescribed length.  To exit one LOV T'fare and enter another or exit the system on to neighborhood streets the operator switches on a l.e.d. to activate a solenoid to pivot a diverter.